BLOG: How often should I test my soil? 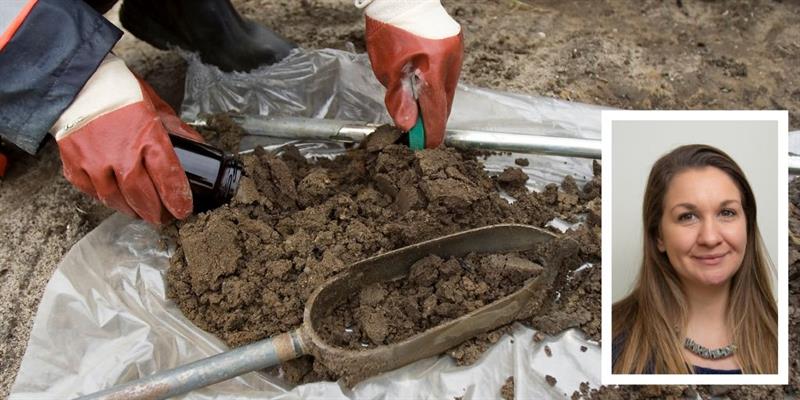 Soil is a complex mix of mineral nutrients, eroded rock, water, air, decaying organic matter, microbes, and billions of living organisms. A healthy balance of these components in the soil is essential for productivity, sustainability and profitability.

Sampling remains key to understanding changes in the health of our soils, and many parameters can be measured to give an indication of soil health. Whilst most issues are visible to our eye, some may take a little more unearthing (pardon the pun!)

Most commonly measured are soils chemical properties; the primary nutrient content Nitrogen (N), Phosphorus (P), Potassium (K), and ‘micronutrients’ such as sulphur, magnesium, cadmium, iron, aluminium and zinc; and also, the pH level of the soil, all of which provide farmers with valuable information for effective management.

In 2018 Defra’s Farm Practices Survey reports that 69% of farmers have a programme of soil testing for nutrient indices and 73% for pH. Of these holdings almost, all were testing at least some of their fields every five years.

The physical properties (e.g. structure, texture, porosity and colour) of the soil can be assessed visually and can aid famers to address issues such as compaction in the lower layers and capping on the surface which may limit crop performance, despite optimal nutrient availability.

Visual assessment methods can be done simply with a spade to inspect below the surface. However, some spade tests have been formalised to score soil condition e.g. Visual Evaluation of Soil Structure (VESS) and the Visual Soil Assessment (VSA) Downloadable guides on these tests are available here. Perhaps more complex to measure is the less well documented biological parameters, which in recent times have been linked heavily to the concept of ‘soil heath’. Soils are also host to very diverse species and complex ecosystems. So-called ‘ecosystem engineers’ – earthworms, are known for breaking down organic matter and reducing soil compaction, whereas nitrogen-fixing bacteria in the rhizosphere (root zone) work with the host plant organism to fix this vital nutrient required for plant growth.

Soil biology thrives when the chemical and physical conditions are correct. Whilst the chemical imbalances can be addressed by applications of fertiliser or lime, the inherent physical properties, i.e. soil texture can predetermine biological parameters such as organic matter levels within the soil (e.g. lighter sandier soils generally have lower soil organic matter content than heavier clay soils).

To get a truer picture of your soil’s health, a holistic approach to chemical, physical and biological performance is recommended. Most will advise that you test your soils every 3-5 year for the chemical indices, however if a large correction in soil pH or fertility is called for by the initial soil test, it is a good idea to retest sooner rather than later to evaluate if the situation has been corrected. 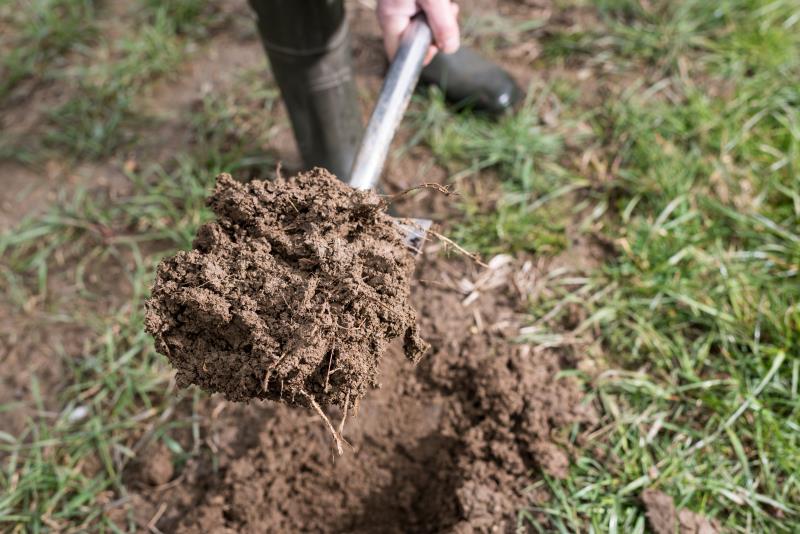 Importantly, with the introduction of the Farming Rules for water in April 2018, soil testing ‘at least every 5 years’ is a requirement for all land that needs a nutrient management plan due to it receiving an application of organic manure or manufactured fertiliser.

Under rule 1.b), nutrient management planning must take into account the results of testing for Phosphorus, Potassium, Magnesium, pH and Nitrogen levels in the soil, which must be done at least every 5 years. However, you may determine soil Nitrogen levels by assessing the soil Nitrogen supply instead of testing the soil. (This can be done using the Tried & Tested SNS calculator).

The Environment Agency (EA)’s introductory 12-month period to these new rules has now ended and the EA can impose civil sanctions if they find a land manager to be non-compliant with the new rules. For further information and to check you are compliant, visit the NFU’s water page here.

So, how often should you test your soil? At least every 5 years, if not sooner!