Farming Rules for Water - What you need to know 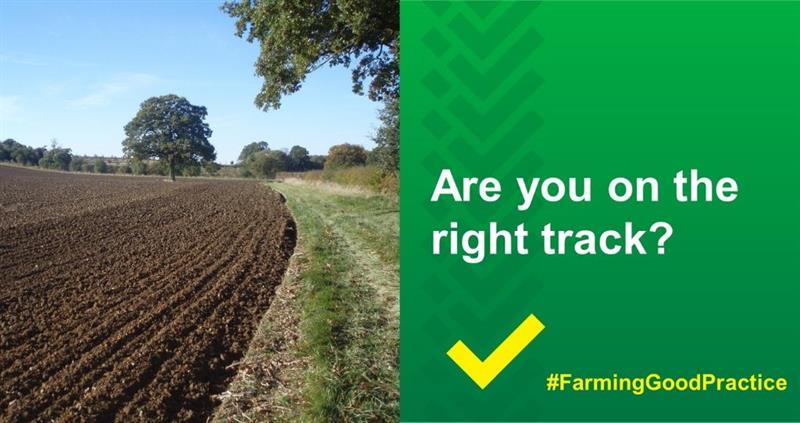 On April 2nd 2018, the Farming Rules for Water (otherwise know as the Reduction and Prevention of Agricultural Diffuse Pollution (England) Regulations 2018) came into force.

This article is a reminder of the rules which can be found on the T&T website here.

The rules came into force April 2nd 2018. The Environment Agency have said that the first year will be treated as a ‘settling in’ period so enforcement action will be withheld for these specific rules but on farm advice will still be provided. From April 2019 farmers can expect to be prosecuted if they are found to be still breaching the new rules after receiving advice to resolve an issue from the EA.

Tried & Tested have produced a briefing on the rules which is available here.

Further clarification around rule one

Following the introduction of the Farming Rules for Water, there was some uncertainty among farmers about the implications of the first rule on specific organic manures and the timing of spreading.

The Environment Agency produced further guidance which can read in our article ‘Clarification on Rule 1’.

While there is some crossover between the Farming Rules for Water and other rules such as those for nitrate vulnerable zones (NVZ) and storing silage, slurry and agricultural fuel oil (SSAFO), it is quite possible to be compliant with one set of rules and not the other.

It is also worth noting that regulators can still bring enforcement action under the NVZ and SSAFO rules to address poor manure management, soil run off and water pollution without taking the advice-led approach of the farming rules for water beforehand.