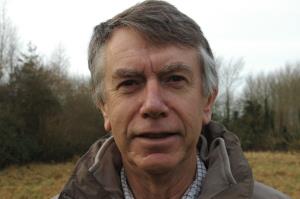 The area of maize grown in the UK is larger than that of potatoes and popularity of the crop is growing – about 20% of maize grown in England in 2015 was for AD feedstock. Maize has had a bad press through being blamed for soil erosion after harvest and silting of waterways. Erosion also is the main way phosphate is lost from cultivated land to surface water where it increases the risk of eutrophication and algal blooms. So it has to be asked if maize can be grown without unacceptable levels of soil erosion. The answer seems to be yes provided some care and precautions are taken.

Erosion happens where water moves quickly across the surface of bare soil and problems result where this soil enters water. In maize fields where there might be no vegetation cover for much of the year and where harvest machinery can cause soil compaction, erosion can be severe with both sheet loss of soil and formation of rills. The key things are to slow water movement, avoid bare soil and keep away from surface waters. There are practical ways to do all three.

Water moves quickly where the soil surface is sloping, smooth, impermeable and bare. Wherever possible, steeply sloping fields should be avoided for maize especially where there is an adjacent water course. Then the trick is to get water to percolate into the soil and not remain on the surface. It’s easier to do this when there’s not much water about so early harvested maize is preferable. Particularly on heavier soils, cultivation along contours after maize harvest, for example chisel ploughing, will help to break up the soil surface and remove any compaction. Early harvesting also gives a chance to establish a cover crop that avoids bare soil into winter and is an option in Countryside Stewardship.

One other possibility explored in a Defra funded project a few years ago is to grow a grass understorey with the maize. When combined with drilling across the slope, this reduced soil erosion by up to 90%.

If soil erosion occurs despite these precautions, a buffer strip along any water course will act as a trap.

The amount of soil eroded is just one aspect of phosphate loss – the other is the concentration of phosphate in the soil. This should be large enough to support full crop growth but no more. Soil P Index 2 is the target, anything higher is wasteful. Most maize gets slurry or FYM as well as fertiliser phosphate, and combined these can easily exceed the crop phosphate requirement. The British Survey of Fertiliser Practice indicates maize receives an average 30kg P2O5 in fertiliser and 86% of the crop area receives manure. It suggests some fields could be getting more phosphate than they need.

So there are practical ways to minimize phosphate loss to water after maize harvest. Some should be done always:

Other things can be done where feasible and appropriate:

These precautions will minimize both soil erosion and phosphate loss in maize fields. They needn’t cost much and could save money. There’s some more information in the EBLEX brochure ‘Growing and feeding maize silage for better returns’.